MARINE CORPS TRAINING AREA BELLOWS, Hawaii – From written exams to moving under fire, Soldiers competed to earn the title of Soldier of the Year and NCO of the Year during the 2015 Hawaii Army National Guard and Reserve Best Warrior Competition from March 6-8.

Tasks during the competition included a written test, warfare simulations, weapons qualification, land navigation, warrior tasks and battle drills. Competitors were also required to appear in front of a selection board where Command Sergeant Majors tested their knowledge.

U.S. Army Pfc. Desiree Mae Dacoco, 322nd Civil Affairs Brigade civil affairs specialist, USAR, feels that even though she is competing, there is still a sense of camaraderie that the competitors share.

“Personally, I feel that I motivate them and they motivate me at the same time,” Dacoco said. “It’s all very inspirational. Even though we are all competitors we are still one team, one force.”

The 6.2 mile long road march tested Dacoco’s abilities the most but also proved a very uplifting experience for her.

“The ruck march was the most challenging one for me because I’m short,” Dacoco said. “I’m only 4 feet 9 inches tall so I take two steps for everyone’s one. What encouraged me to keep going was another private first class who was a rear medic. He just kept driving me on and pushing me forward. Even those who were on the side kept cheering me on as well.”

“For me it’s hard to prepare for the board because I am a full time student so I kind of have to balance studying for this and studying for school too,” Barnes said. “I’ve only had about a month that I actually knew I was going to do this competition.”

Barnes enjoys competing despite the challenge of multi-tasking his education and his duties as a soldier in the HIARNG.

“Honestly I like coming out here and doing this,” Barnes said “I like to challenge myself and winning is just a benefit for me. It is good training and good experience. I’m physically and mentally challenged to better myself and push myself as far as I can.”

Winners of the 2015 Hawaii Army National Guard and Reserve Best Warrior Competition will move on to the next round of competition later this year for the chance to compete at the Department of the Army level. 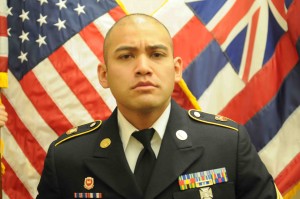 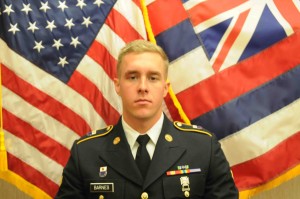 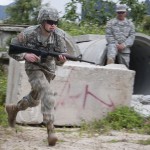 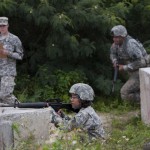 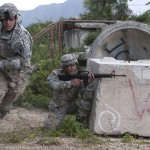 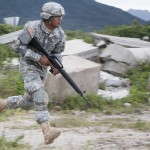 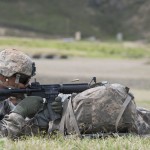 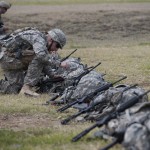 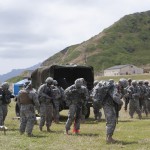 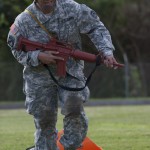 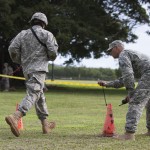 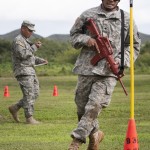 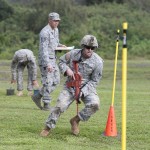 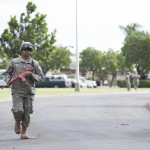 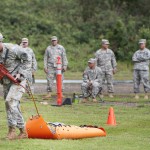 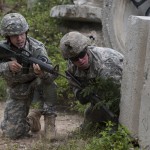