The Government & Law class visits the State of Hawaii Capitol. These pictures are from Alpha, Bravo & Charlie classes only. Delta & Echo classes will be updated after their visit. 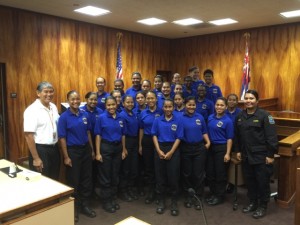 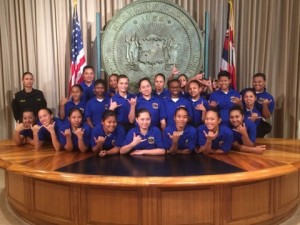 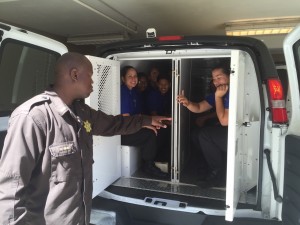 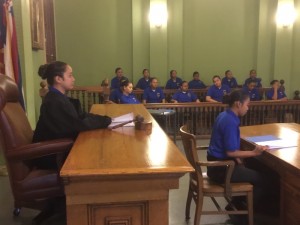 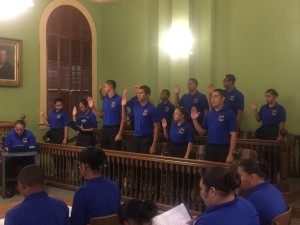 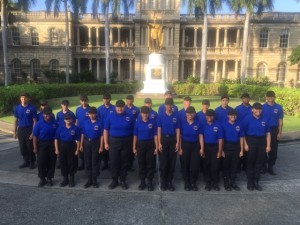 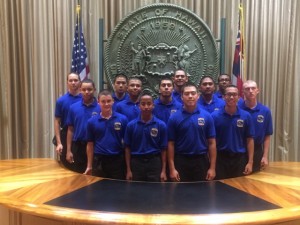 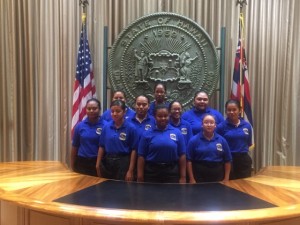 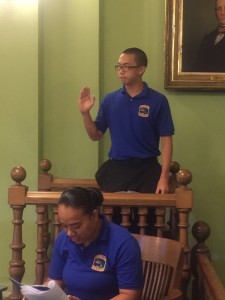 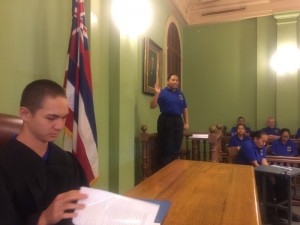 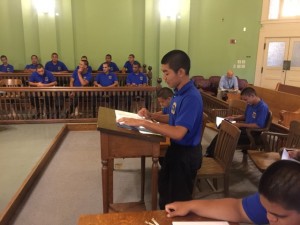 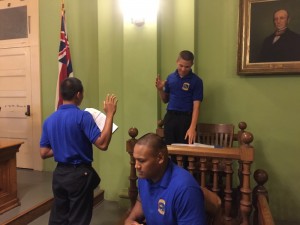 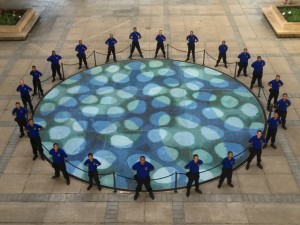 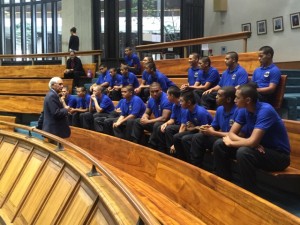 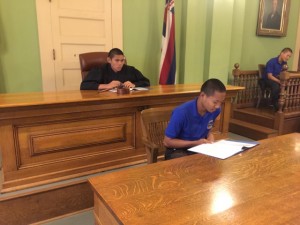 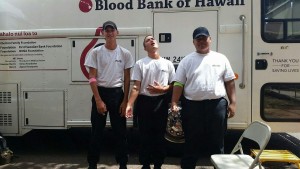 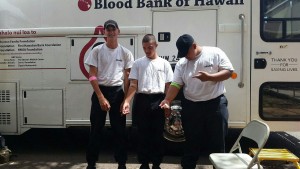 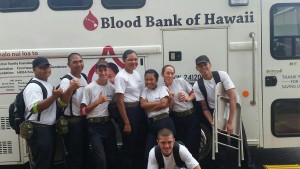 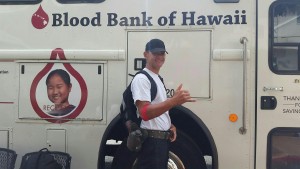 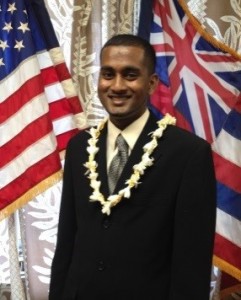 At nine years old Anthony V. Selvanathan’s father walked away from his family, leaving him without a male influence in his life. Because of this, he grew up disrespecting others and constantly fighting with his mother. Struggling with self-discipline, Anthony found academics in middle and high school extremely challenging so, in February of 2010 he applied to the Youth Challenge Academy at Kalaeloa. Anthony arrived at the Academy on July 19th, 2010 at nine o’clock in the morning for in-processing and by ten he wanted to leave. Throughout the program’s two-week Pre-Challenge phase, he struggled with his desire to quit but after graduating to the Challenge portion of the program, he was convinced he could be successful.

By the seventh week, he successfully ran for Cadet Government President and started a peer-tutoring group, which provided over 400 hours of peer-tutoring, resulting in Class 33 being the largest class to graduate in the Academy’s 16 year history. As a result of his actions, Anthony was awarded the Distinguished Cadet Medal by the Governor of Hawaii, in addition to numerous recognition ribbons for Pre-Challenge, Inspection Excellence, Student Government, Good Conduct, Academic Achievement, Meritorious Service, Parade Excellence, Community Service, Special Services, and Mentor Match. He was also awarded the Career Placement Badge, Participant Physical Fitness Award, Academic Achievement Insignia (with wreath and 5 Stars) and a Gold Shoulder Cord for his position as Cadet Class President.

Upon Graduation, Anthony continues to positively shape his future by taking the leadership skills he learned at the Academy and applying them as a student at Chaminade University in Honolulu. While earning a Bachelor of Arts Degree in Religious Studies with a Minor in Psychology, Anthony was selected to represent Chaminade University in Los Angeles and New York at seminars for Community Service Opportunities and Urban Immersion Experiences. He is a volunteer at the Cathedral of Our Lady of Peace and a Minister of Ceremonies at the Diocese of Honolulu. Anthony’s future plans include attaining a military commission and serving his country in the United States Air Force upon graduation.

Nolan “Alika” K Kaahanui was an average kid, playing sports and hanging out with friends, but his family was financially challenged and they were constantly forced to move. When his parents divorced, everything took a turn for the worse. He was 12-years-old when he began getting into trouble and becoming a rebel. He mastered cutting school, body surfing, partying, fighting and rebelling against his parents, school officials and anyone of authority. The back seat of police vehicles, court rooms, community service centers and alternative programs had become his source of education.

Shortly after his 16h birthday, he found a Youth Challenge Academy brochure at a convenience store in Aiea while ditching High School. Realizing his life was pretty reckless, with little hope of graduating, he took the brochure to his school counselor who spoke with Nolan’s probation officer about the program.  The probation officer proposed YCA to the judge, who entertained the idea, offering to dismiss Nolan’s vandalism and truancy charges if he completed the program.

The first two weeks were the hardest of Nolan’s young life! No freedom, rights, free-time, phone, radio, television or electronics.  He was forced to live with constant supervision and yelling, numerous moms and dads, only 3 meals a day, timed showers and rules, rules, and more rules.  Not to mention about 75 other manipulative annoying teenagers just like him. Left with few options due to his court issues, Nolan did just enough to complete the program and graduate, not knowing how this experience would truly change the course of his life.

After graduation, Nolan returned to his old ways of partying and challenging authority. He attempted college but never finished. He waited tables, worked as a lei greeter at the Honolulu International Airport, was a barista and eventually joined the Hawaii Air National Guard. Combining his experience at YCA with his new life in the Air Guard, Nolan finally saw the light. Today Nolan is a husband, a proud father of four, a home owner and a Technical Sergeant with 17yrs of service as a Production Recruiter; he even volunteers work with numerous charities in the local community, truly embodying the mission statement of the Youth Challenge Academy by being a responsible and productive member of society.

In the future, Nolan plans to retire from the Hawaii Air National Guard, complete college and return to YCA as a member of the staff.