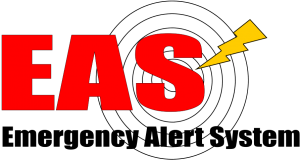 The Emergency Alert System (EAS) is a public alert and warning system that leverages the communications assets of EAS Participants including terrestrial broadcasters, cable television systems, wireless cable systems, satellite digital audio radio service (SDARS) providers, direct broadcast satellite (DBS) services and wireline video service providers to allow the President of the United States the capability to address the American public during a national emergency. This system must be available under all conditions. The system is also used by State and local authorities to deliver important emergency information, such as AMBER alerts. The National Weather Service (NWS) regularly uses the system to disseminate emergency weather alerts and advisories.

In 2006, Executive Order 13407 (E.O. 13407), established that it is the policy of the United States to have an effective, reliable, integrated, flexible, and comprehensive system to alert and warn the American people in situations of war, terrorist attack, natural disaster, or other hazards to public safety and well-­‐being (public alert and warning system), taking appropriate account of the functions, capabilities, and needs of the private sector and of all levels of government in our Federal system, and to ensure that under all conditions the President can communicate with the American people.

In Hawaiʻi, tests of the Emergency Alert System, as well as the Statewide Outdoor Warning Sirens, are conducted on the first working day of the month, in cooperation with Hawaiʻi’s broadcasting industry. When the siren signal is sounded, whether during a test or not, tune to any local radio or television station for emergency information and instructions broadcast by civil defense agencies. Participating stations will carry a detailed explanation of what the sirens mean, as well as other related information.

The State of Hawaii Plan